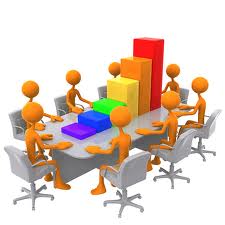 Yet again we are seeing increased inflation in the dairy industry and unfortunately it shows no sign of easing as we look cautiously ahead to the winter. We are still feeling the effects of the atrocious weather conditions of the majority of 2012 and Q1 2013. Stocks are still low and we have not been fortunate enough to enjoy a hugely productive year to make up for the desperate situation we witnessed last year. Even though we have enjoyed far more suitable weather this summer, production is still below last year’s levels in the EU. In reality we needed to see a drastic increase in production all over Europe to see stock levels recover to any sort of familiar level. It now seems as if the global market could be reliant on New Zealand and US imports in the coming months.

In the UK the tight situation on the availability of cheese grimly continues. In the last market update we reported that Cheddar prices had increased to £3200/t from £2750/t. Cheese traders were also quoting prices of £3,500/t for Coloured Mild for Q4 as they did not see the situation improving. Now we see that this forecast was actually being optimistic as the current pricing for White Mild in the UK has hit the mark expected for Coloured. It is currently trading for £3500/t. Coloured Mild itself has exceeded expectations and has moved upwards to £3600-£3650.

These are huge increases from this time last year. Up until this point we have seen a limited impact on UK retail prices for Cheddar despite the market being a picture of volatility. The madness began as the disaster of last summer was compounded further as cheese makers in the UK were caught out from the freezing spring this year. There was a severe shortage of British milk to produce cheese and this problem caused processors to prioritise liquid milk production. They had to do this so they could fulfil their essential contracts with major retailers.

The consequence of this paints a gloomy picture for the UK’s number one seller and national cheese, Cheddar. Production in the first quarter of 2013 was down to 56,000 tonnes, a 17.6% drop from last year. Meanwhile, consumer demand continues to grow. An additional 2,607 tonnes of Cheddar was consumed over the past year in Britain. Total category volume sales rose by 1.2% to 229,125 tonnes and value sales rose 1.8% to £1.5 billion. Demand like this and current low stock situations mean only one answer and we all know what that is. Industry experts believe it is inevitable that retail prices will soon start to reflect this current tight situation. Promotion levels will surely also have to be cut which is bad news for the likes of Dairy Crest. Top selling brands such as Cathedral City use frequent promotional tactics to keep sales high and to offer value. At the time of speaking just over 50% of Cheddar in the major British supermarkets is sold on promotion.

Another problem for Cheddar production at this present time is that the current prices for Butter and SMP are returning higher profits for processors. Demand for Butter/SMP is so extreme at present that it is really paying dividends. Butter/SMP is returning 39.30ppl off current market returns and this is a healthy difference in profit over cheese of 1.8ppl as cheese is currently returning just 37.5ppl. With price differences like this it is easy to see why a large amount of un-contracted milk is being diverted to production of Butter/SMP instead of cheese.

As noted above butter remains like gold dust across Europe with extremely limited stock available. There was 3,000 tonnes of butter expected to go into storage in the EU but the present situation is so bad that this is now being traded in the marketplace instead. EU dairy storage levels in general are down to 57875 tonnes, down from 94,000 tonnes this time last year. You can be sure traders are waiting in anticipation as to what volumes and pricing the New Zealanders will offer in the months ahead. This is no surprise as we are again seeing dramatic butter price increases in particular. German butter has moved up to €4300/t, French is at €4250/t and Dutch is trading just under their record price at €4220/t.

A report in the UK showed that the big four supermarkets had eased their inflation levels in general for July and August. The one sector where there was no easing up in inflation was dairy products (you guessed it!). Tesco and Morrison’s pushed their prices up by as much as 3.4% and 4.7% respectively. Where we are currently seeing easing of inflation rates in other commodities such as grain and sugar, we are unfortunately not seeing the same in the dairy industry and this is now clearly reflected in retail prices.

There was major controversy at Fonterra in New Zealand in the past month. They were forced to recall some 900 tonnes of suspected contaminated product (mainly WPC) that was exported to Asia. It was suspected the product was probably contaminated with Clostridium Botulinum, which causes dangerously severe food poisoning. Thankfully it all turned out to be a false alarm in the end as it turned out it was Clostridium Sporogenes in the product instead. This causes food to go off but crucially carries no serious health risks. The dairy industry as a whole breathed a huge sigh of relief when this was announced but the whole fiasco raised serious questions about Fonterra. It has surely damaged the outstanding reputation they enjoyed before this episode and their exemplary record is now history.

The problem was revealed to the world on August 2nd as Fonterra were forced to advise 8 of their customers of the possible contamination affecting their product. It soon became clear that senior figures at Fonterra knew of this potential issue as far back as March but there was an initial delay in the issue reaching CEO level. There were further allegations of a serious cover up directed at the company as many wondered why the story had been kept secret for so long and they really had nowhere to hide. Fonterra is the largest company in the country and any long term damage to their reputation could have grave consequences for the NZ economy as a whole. This was seen in the immediate aftermath of the disclosure as Fonterra’s value price at the stock exchange dropped by a whopping 9%. This wiped off NZ$1bn from their overall value. This was a clear indication of money markets being completely shaken. It also shows what the possible consequences would be if any more damaging scandals emerge.

China, Australia, Thailand, Malaysia, Russia, Sri Lanka and Vietnam were among the countries affected by the scare. China, Russia and Sri Lanka issued temporary bans on imports from NZ.  It is hoped the consequences of the scare will only be short term as it was finally confirmed as a false alarm at the start of September. Fonterra had enjoyed domination of the Asian dairy market up until this point and it will be interesting to see if the Chinese will realise now it is not healthy to have all your eggs in one basket. It should open a new window of opportunity for European and US companies to exploit Fonterra’s mistake and make inroads into the fast growing Asian market.

There were further protests in the preceding months from Farmers For Action in the UK about the price they are currently receiving for their milk from processors. Milk prices have increased in the last year but this is only to be expected given the buoyancy of the market. Farmers are outraged that the prices have not reflected anywhere near the staggering record prices we are currently seeing in the European market since the turn of the year. FFA’s main grievances are from what they see as an end to the breakthrough they thought they had got from processors last year. Processors seemed like they were being more generous with their prices. This generosity has unfortunately not been maintained and farmers feel they are back to square one again. They can accept they have to take a hit, which they always do with minimum fuss, when the markets are poor. They do expect to be repaid when the market reflects a more positive story though and unsurprisingly we are not witnessing this currently from processors. Arla increased their September price by 0.77ppl, up to 32.31ppl, but this was dismissed by FFA as an ‘insulting’ offer. It seems it could be a while before any common ground is found…

Going forward for Q4 2013 and Q1 2014 it is again looking unfortunately inevitable that prices are going to stay strong and supply will be tight as dairy production in the northern hemisphere gradually slows down in the upcoming months. I can only stress again how important it is to have strong relationships with your dairy suppliers in this time of uncertainty. The last time prices hit this height and supply was as tight, a lot of people were being let down by their suppliers as there was simply not enough product to go around. However we at Ingredient Solutions never let any our customers down on supply during that turbulent period and that has been the case for our entire existence. We have never once reneged on a contract as we are in for the long haul, side by side with each and every one of our customers. We fully intend to keep our promises and stay as reliable as ever. Thank you for your continued support.