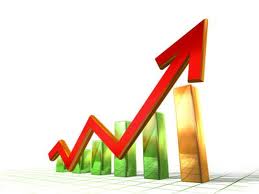 Finally it looks like time to be optimistic after what was the most volatile period in the dairy industry in living memory. After nearly 2 years we are now at long last starting to see signs of recovery in terms of pricing on pretty much all dairy products. Milk production is currently looking very healthy so far in 2014 across Europe as we have enjoyed favourable weather to date. The farm gate milk price is still at a generally very high level but this should come under increased downward pressure in Q2. UK milk deliveries for example are continuing to outpace 10 year highs as we move well into Spring and if the good weather continues we will surely receive further positive news over the summer months. With the milk quotas also being abolished in the EU next year too there is much reason to be optimistic that prices may recover to a familiar level in the near future.

There is much reason for optimism when looking at cheese prices. There has been nothing too dramatic yet on price in comparison to butter and milk powders as those particular prices follow the market trends more closely due to their lack of processing time. However in the UK for example, where milk production is at its highest since 2002, more milk is now being diverted back into cheese due to reduced margins in butter and SMP. Nearly 40000 tonnes of cheese was produced in the UK in January and this is above historic levels. Stocks are gradually building as a result of this healthy production situation so there is expectation that prices will come down significantly over the summer. The milk price will have to come down soon though to avoid an unsustainable differential opening up. This might not happen for another month at least as Muller-Wiseman moved their price up in the last week of March by 1ppl to match Arla’s price. The battle for larger milk supply before the abolition of quotas is officially on between the big dairies and this is another reason the price paid to the farmers remains high.

Despite the more positive outlook, China has still been as relentless as ever in scooping up the vast majority of excess dairy stock in both EU and Oceania for domestic consumption. Milk powder imports especially are retaining their buoyancy as there was a total of 151,000t exported to China in December alone. All this is not helped of course by the foot and mouth outbreak in China last year which set the domestic market further back. It is expected though that the current growth in import demand will ease off gradually and this will enable European and Oceanic stocks to recover to a familiar level. Also the Chinese dairy industry will be expected to further recover and this will put more downward pressure on the market. There are signs of improving milk production as the year progresses which will ease some import demand but of course realistically it could be many years before China is able to sufficiently supply its huge domestic market.

In the UK there is concern among farmers at the milk price war currently taking place between the major retailers. Tesco made the first move by lowering their price to £1 for 4 pints of milk and they were soon followed by the likes of Sainsburys and Morrisons. It is a clear indication of the pressure these particular retailers are under from the hard discounters such as Aldi, Lidl and Asda. The retail price of milk is gradually moving lower towards the actual price farmers receive and this is before processing, packaging and transport costs are even taken into consideration. This is causing great concern among UK farmers who are concerned that they will suffer too if processors margins are also affected from this retail price war. Retailers are insistent they are under unavoidable pressure from customers but the question also has to be asked as to how far the price wars can go without affecting livelihoods any further?

Northern Irish dairy Strathroy are aggressively pursuing milk suppliers from the Wexford creamery pool. They were recently bought by Glanbia. Incidentally, Strathroy have voiced their displeasure in the past year at what they see as being deliberately edged out of the market in the Republic. All retail dairy products in the Republic produced domestically are labelled with the ‘Farmed in the Republic of Ireland’ logo. Strathroy feel this has put pressure on retailers in Ireland to only sell products with this logo. Strathroy have landed a strike back against one of the big southern dairies with their campaign in Wexford. They have claimed that more than 50 members with a total milk volume of over 15 million litres have already signed contracts with them committing to switch. They have taken advantage of the discontent from some Wexford members over Glanbia’s offer being the only one considered despite reported interest from Dairygold. Strathroy are confident they can secure up to 100 members before the end of the year so it will be interesting to see how Glanbia and other southern dairies react.

Before I finish this latest report I want to express my utmost gratitude to all of our customers for keeping faith in us during what has been a very challenging period of time for everyone associated with the dairy industry. The horrendous summer we experienced in 2012 initiated the most turbulent time I have personally experienced in over 30 years in the industry. I have seen the market unstable before, namely the 2007 crash, but I can definitively say the length of time of this latest market instability is by far the longest I have witnessed. The poor summer of 2012 was further compounded with freezing weather throughout Spring 2013. Again this freakish weather put further pressure on everyone in the industry from farmers to processors. Prices had already spiked sharply and the non-existent Spring flush further inflicted the pain for everyone with record prices seen pretty much across the board. Even a strong summer of production in 2013 failed to ease prices immediately so it is comforting that we can now finally look forward with renewed optimism.

Thank you for staying with us and I hope we more than adequately met your supply needs over the last 18 months. We didn’t let anyone down on supply when the market crashed in 2007 and I am proud to repeat we did not let anyone down during this latest turbulence, proving our resilience again in tough times. Rest assured when supply is scarce Ingredient Solutions can be relied upon to be your one stop shop for dairy products.